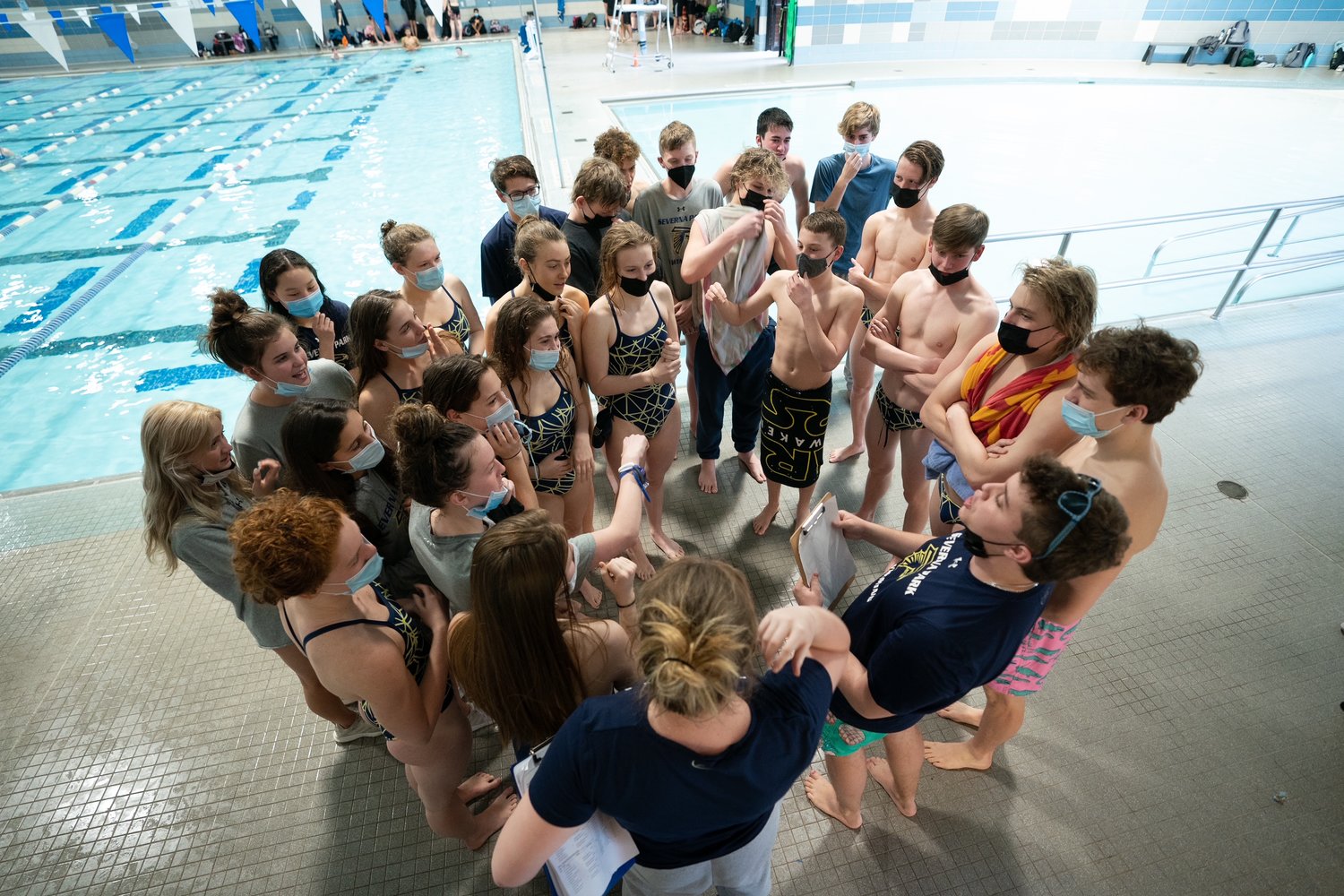 Severna Park came in third on the boys side and second on the girls side during the county championship on February 4.
Photo courtesy of James Kegley Photography 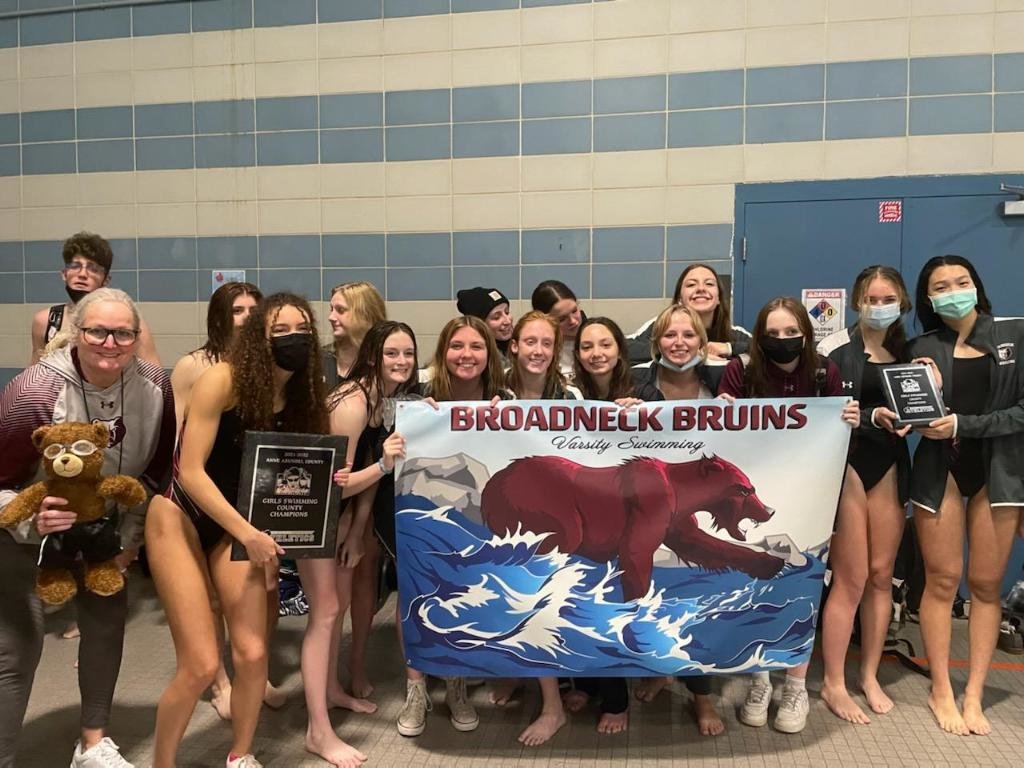 The Lady Bruins finished with 252 points, 13 ahead of second-place Severna Park.
Photo Provided 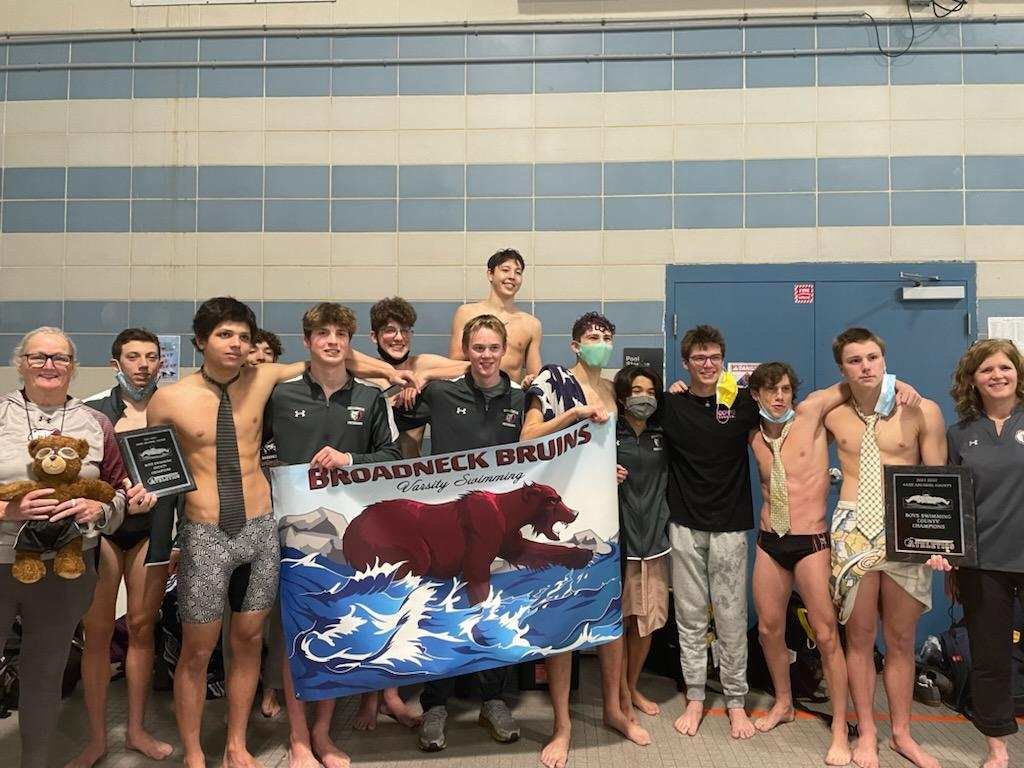 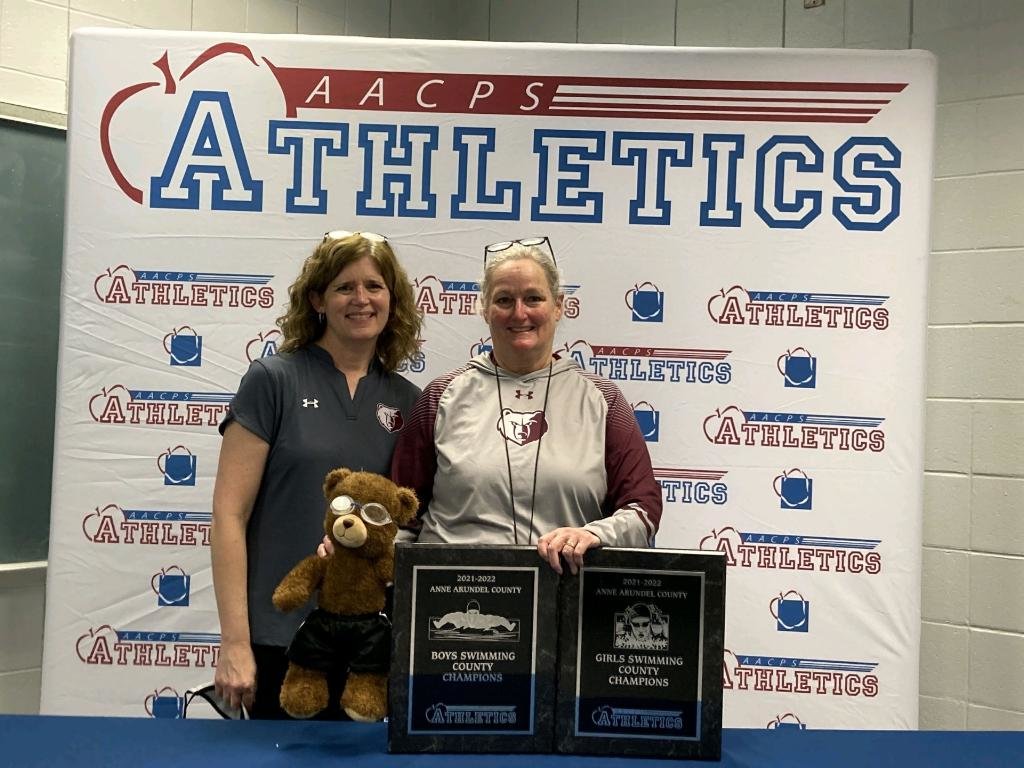 For the first time in school history, the Broadneck Bruins boys and girls swim teams both won county championships in the same year, with the boys team ending Severna Park’s four-year reign as county champions in the process on February 4. The Bruin boys finished with 270 points, while the Falcons finished in third with 223 points, with South River splitting the two teams. Meanwhile, the Lady Bruins finished with 252 points, while Severna Park finished in second with 239 points.

For Broadneck head coach Colleen Winans, winning counties meant so much to her and her team.

“For us to win both championships was amazing,” she said. “The cheering amongst the kids was so awesome. And it’s not that easy as many factors including disqualifications, ties and finishes can affect the outcomes. One year, our boys lost to Severna Park by half a point due to a tie.”

Winans also said that this year differed from previous seasons due to the depth both teams had and how the swimmers were able to deal with having less time in the pool as two meets were canceled due to weather. Due to the pandemic, this was the first time in two years that every team came together and competed in the same meet.

Despite her team’s loss, Falcons head coach Emily Bear couldn’t be prouder of how so many of her swimmers stepped up to help the team this season.

“Our junior and senior swimmers really stepped up to help this year and many of them had personal bests throughout the season,” Bear said. “We had some great new talent come in also, which bodes well for next year. Our freshmen and sophomores brought us many team points this year.”

The next competition for both schools is regionals, set for February 19, which will then determine which swimmers move on to states from February 25-26 at College Park. However, both coaches expressed concerns about their team’s ability to do well at regionals.

“The Maryland club state championships take place the same day as regionals, and unfortunately, many of Anne Arundel County’s top swimmers choose to attend that meet instead of high school,” Winans explained. “Compared to us, Montgomery County swimmers don’t have the same conflict.”

Bear, who also coaches tennis for the Falcons, expressed surprise at how this is a common occurrence for Anne Arundel County swimmers. “I was a little surprised that this is the norm because high school sports are meant to encourage lifelong love of athletics and camaraderie,” she said. “This takes away the most exciting part of the season for them.”

Ultimately, though, both coaches and their teams have the same goal: to get to states, get on the podium there and score as many points as they can.

“Our mindset is to swim, turn and finish fast,” Winans stated. “Be thankful that we can be together in person and really race and cheer and stay healthy.”