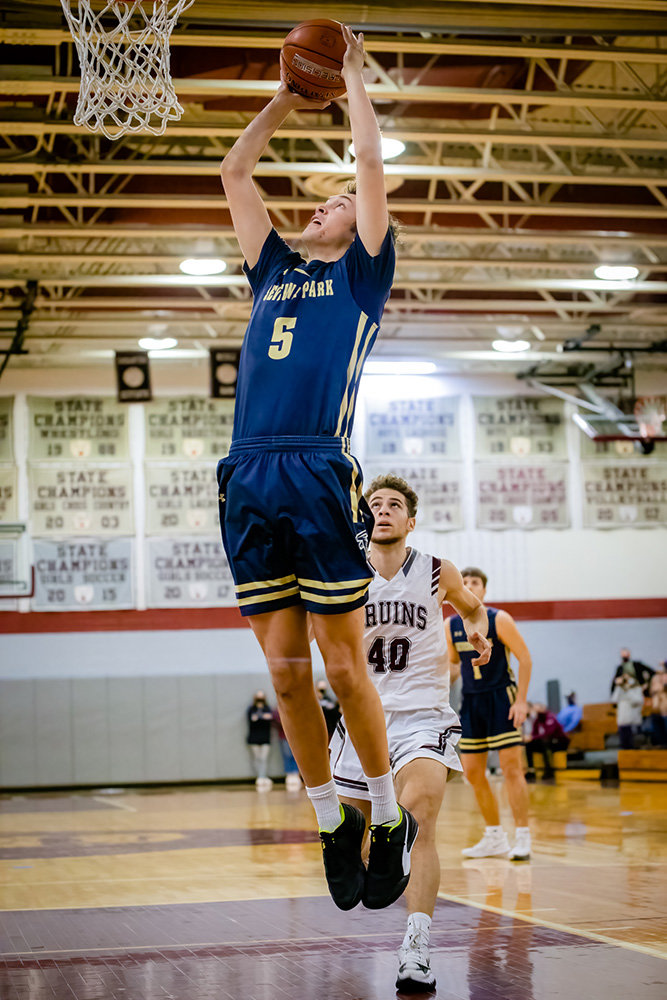 George McConkey soared to the rim for a layup during Severna Park’s road loss to Broadneck on January 14.
Photos by Christopher Fincham Photography 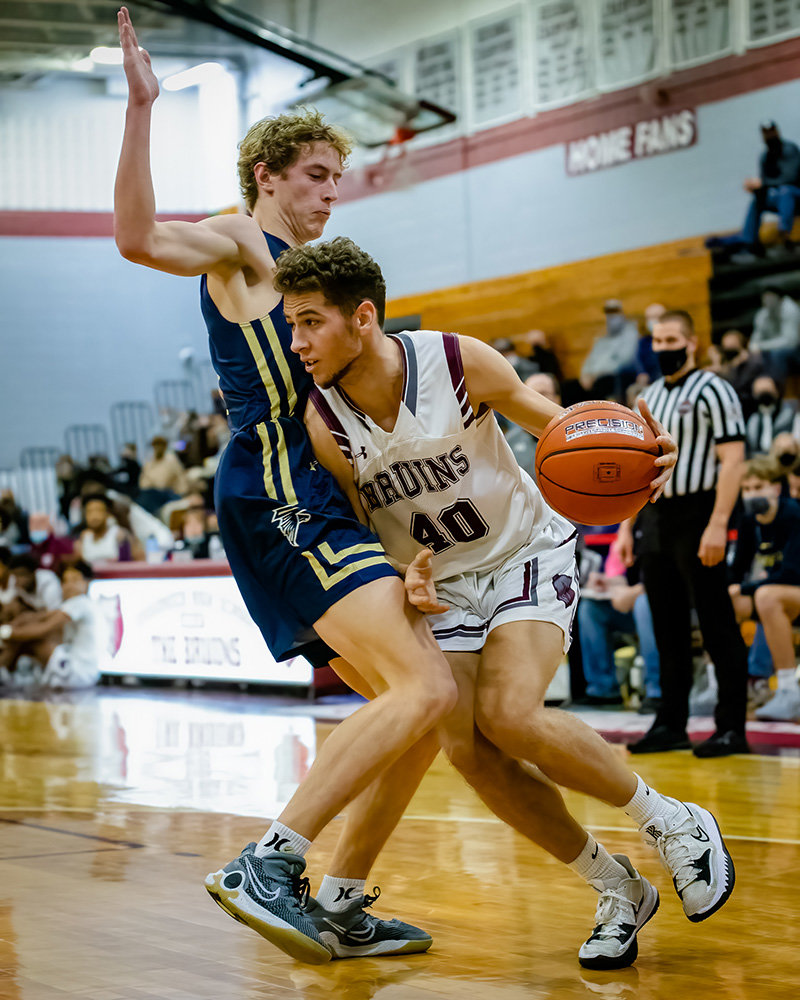 Trayquon Trayham maneuvered around a defender on his way to the basket.
Photos by Christopher Fincham Photography 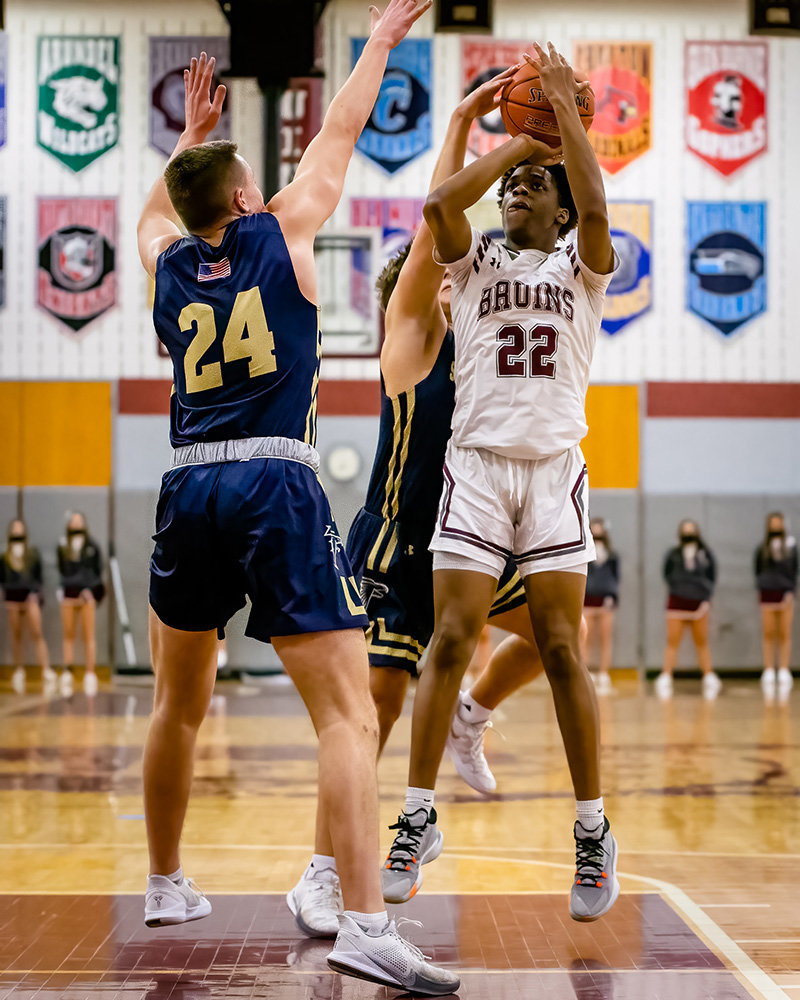 Broadneck pulled away with an 8-2 run and led 48-41 midway through the fourth quarter.
Photos by Christopher Fincham Photography 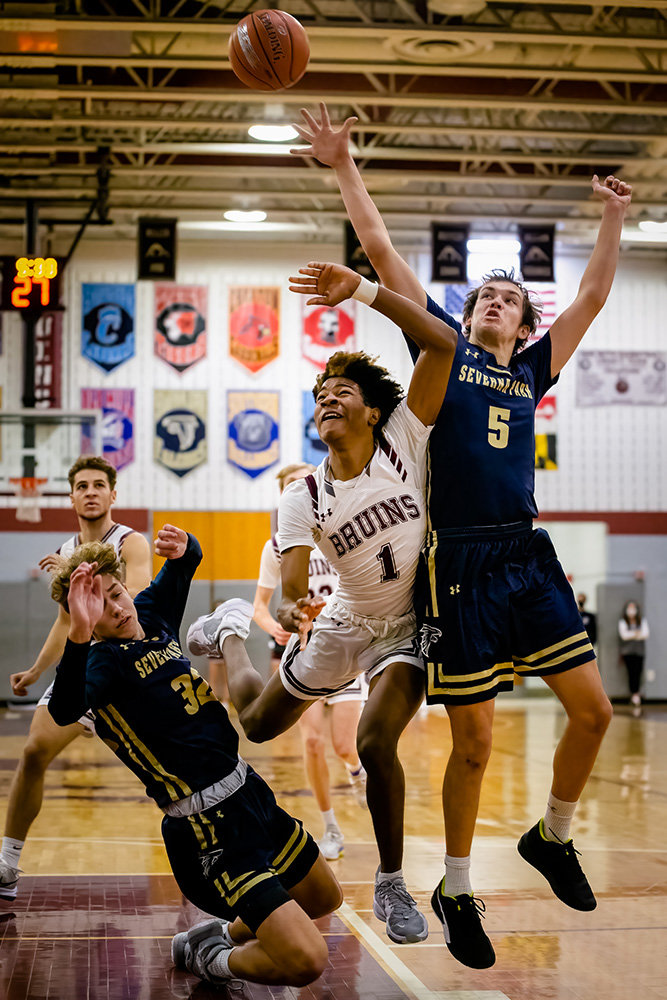 The rivalry inspired tough play from both sides during the 53-46 Broadneck win.
Photos by Christopher Fincham Photography 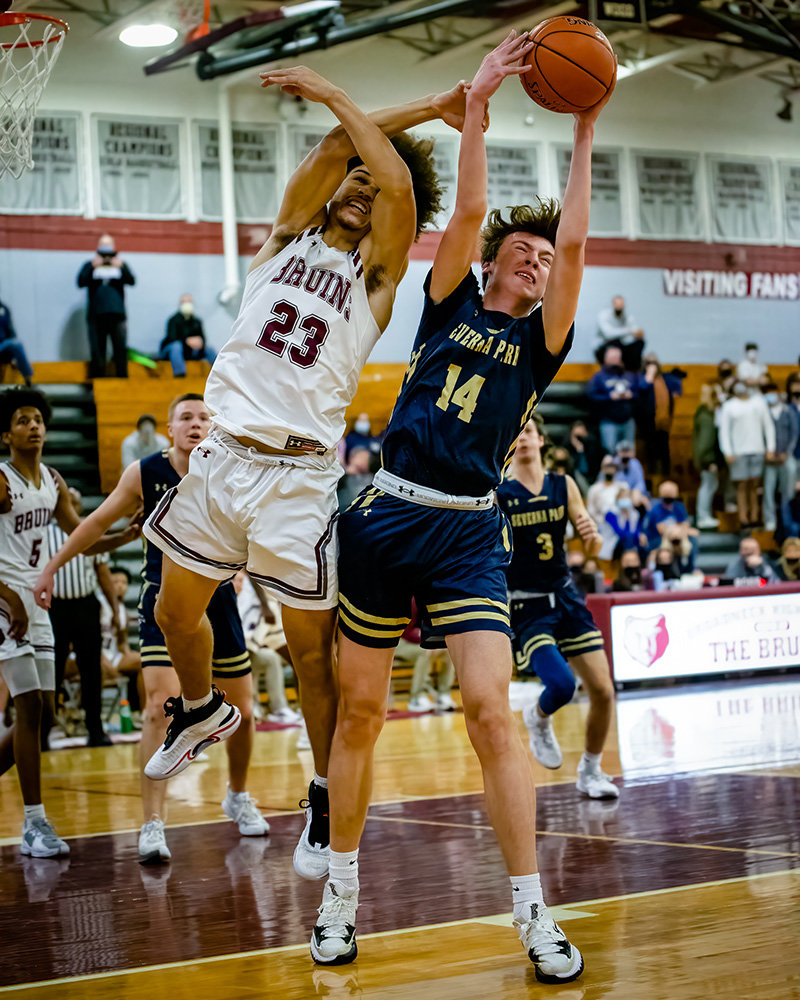 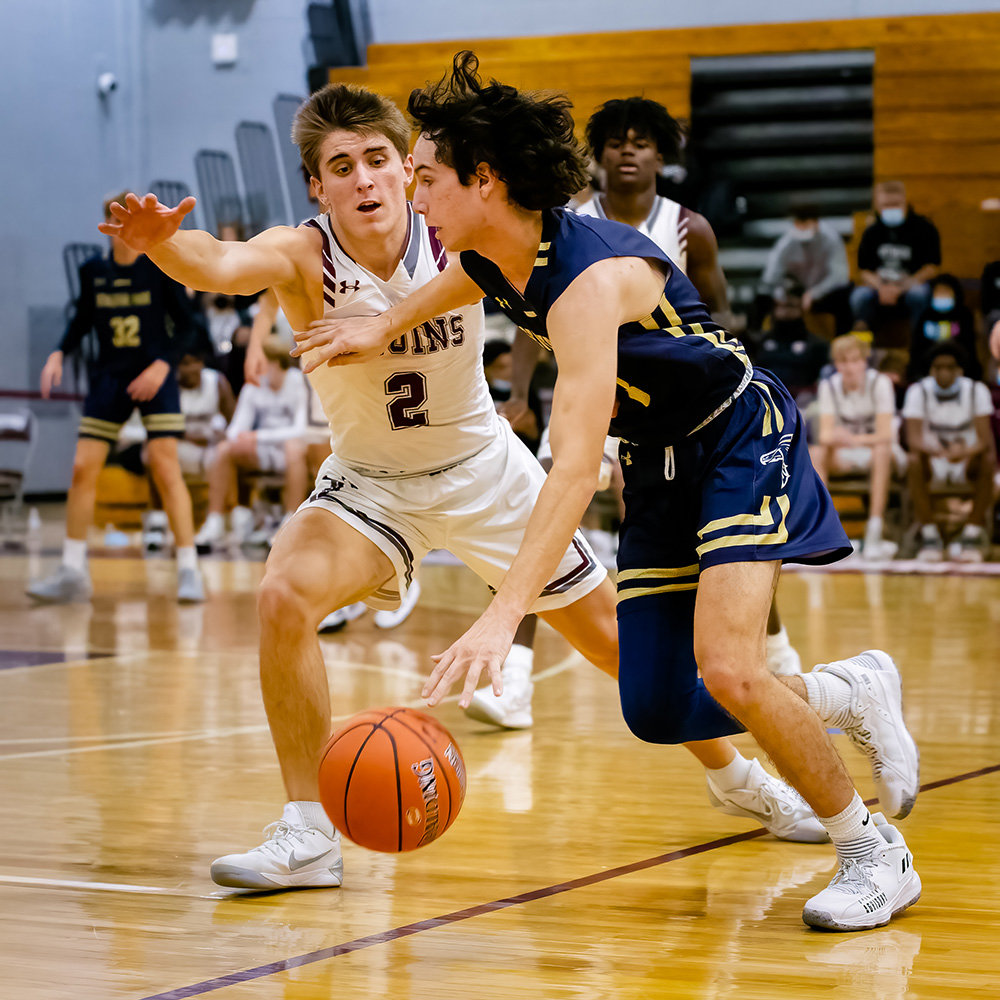 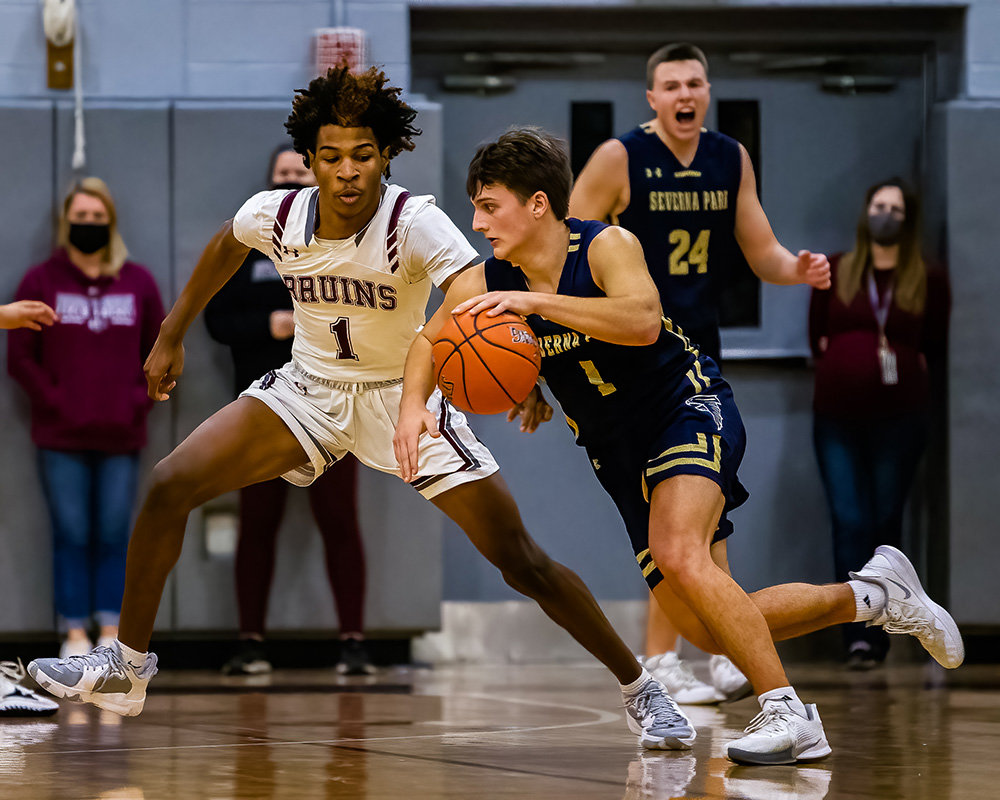 The Broadneck Bruins made a statement to the rest of the county after beating the Severna Park Falcons 53-46 on January 14. The Falcons had been riding high, coming into the game with a 6-1 record, with their only loss being by one point to Meade. Broadneck had also been doing well, compiling a 7-4 record going into the game.

Broadneck jumped out to an early 8-2 lead before Severna Park went on a 12-0 run to end the first quarter. A 3-pointer at the buzzer ended the drought for the Bruins, who rode the momentum gained from that buzzer-beater into the second quarter. A suffocating defense made points hard to come by for Severna Park, and the Bruins outscored the Falcons 16-6 in the second quarter to take a 27-20 lead into halftime.

The Bruins came out of halftime swinging, increasing their lead to 34-24 midway through the third quarter. However, a 15-6 run by the Falcons cut the lead to 40-39 going into the fourth quarter. Broadneck responded with their own 8-2 run and led 48-41 midway through the fourth quarter. Severna Park completed a 3-point play to make it 48-44, but that was as close as they got as the Bruins made several free throws to close out the game.

“I really appreciated how we competed,” said Bruins head coach John Williams. “Severna Park is a very disciplined, well-coached team that can be difficult to play at times if you’re not patient, persistent and poised, and I thought we took care of those three aspects.”

While Williams liked how his team played overall, he felt that his team could have done more to keep the Falcons from clawing back during the fourth quarter.

“I would like for us to be able to hold, carry and even extend a lead in the fourth quarter,” Williams stated. “I thought that we had opportunities and some empty possessions, some bad defensive breakdowns as well, that kept them in the game.”

Broadneck senior point guard Josh Ehrlich said, “Our mindset was to take care of business late in the game. We were a little more athletic than they were, and we thought that we could run them out of the gym. Some things kind of changed throughout the game, but we stuck to our game plan, and we played really well defensively in the second half.”