Home Destroyed While Family Was Away 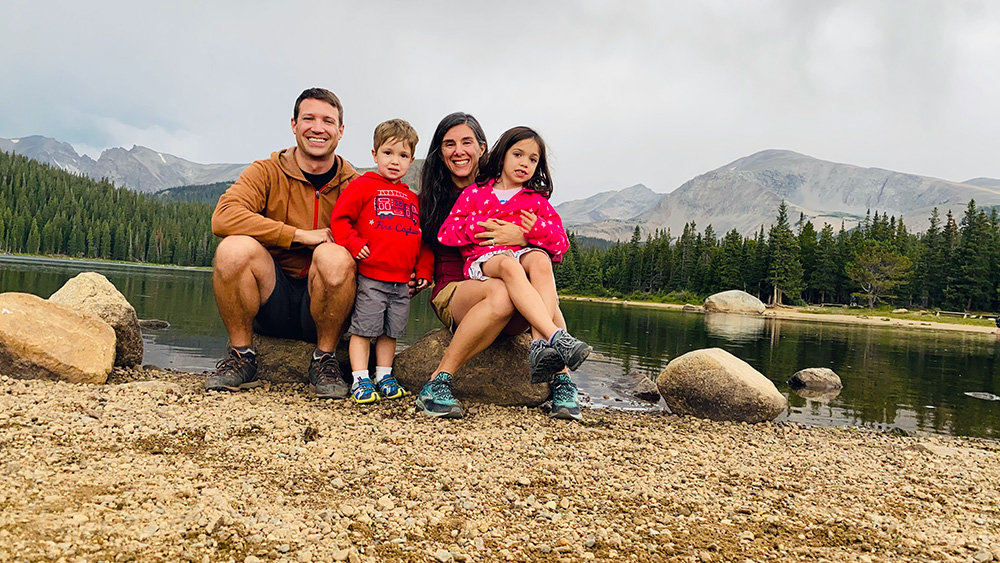 Derek and Devon Drechsel were raising their two kids in Superior, Colorado, near the Flatirons.
PHOTOS PROVIDED 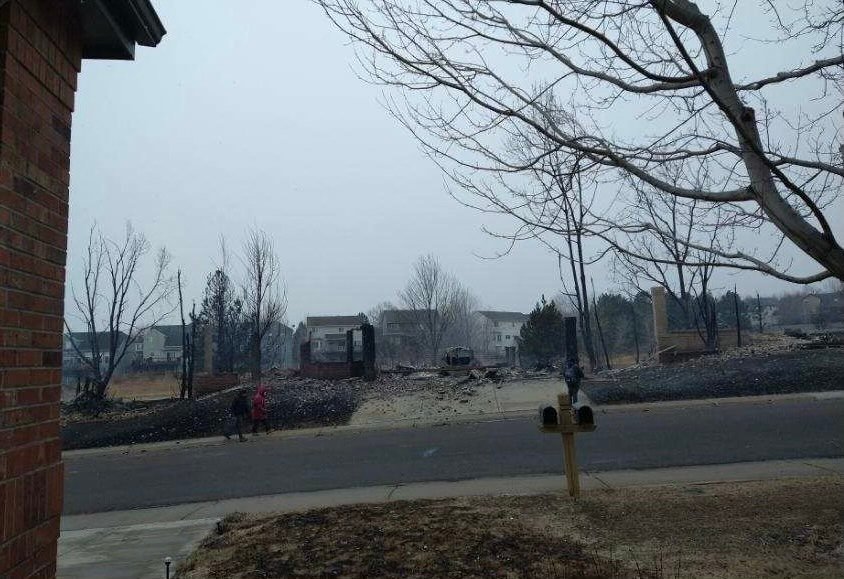 Almost nothing remains where the Drechsel house stood.
PHOTOS PROVIDED 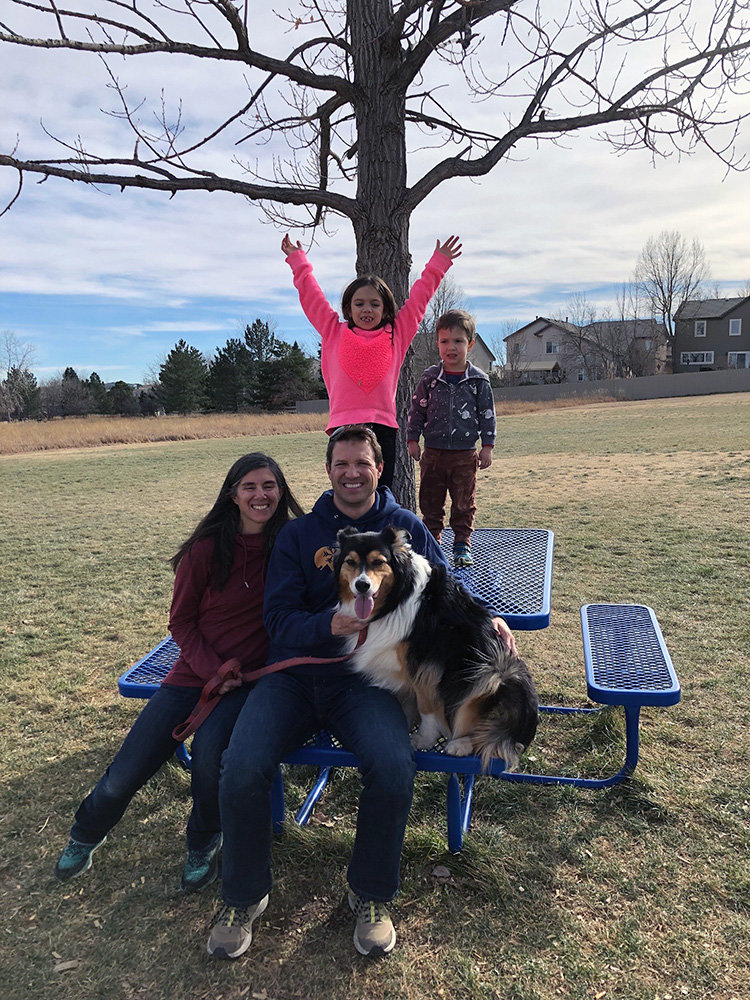 Derek and Devon Drechsel were raising their two kids in Superior, Colorado, near the Flatirons.
PHOTOS PROVIDED
Previous Next
Posted Monday, January 24, 2022 11:30 am
By Zach Sparks

Derek and Devon Drechsel were visiting family in Pennsylvania on December 30 when they learned that their home in Superior, Colorado, was engulfed in flames.

“We got the evacuation orders through alerts on our phone,” Derek said. “We started streaming the local news and we could kind of project where the fire was by seeing where the reporters were setting up.”

In one of the live broadcasts, a deck appeared in the background.

“We have distinct rails on our deck, so we had a good idea that was our house burning down,” Derek said. “Before seeing that, maybe we could have held out hope.”

Fanned by wind gusts, the wildfire destroyed more than 1,000 homes and caused more than $513 million of damage, according to the Boulder Office of Disaster Management. On the street where the Drechsels lived, nine homes were ravaged completely and two more suffered damage but maintained some of the structure. Over homes were unscathed.

“There’s neighborhoods where, because of the nature of the fire spread by gusts of up to 105 miles an hour, it would spread to a house here or there, over other houses, past other streets — a very unusual burn pattern,” said Jared Polis, governor of Colorado, during a press conference on December 31. “And the other unusual factor is, just in the blink of an eye. This was a disaster in fast motion all over the course of half a day, nearly all the damage. Many families having minutes, minutes to get whatever they could — their pets, their kids — into the car and leave.”

As of January 17, the FBI — along with the Bureau of Alcohol, Tobacco, Firearms and Explosives, and the U.S. Forest Service — were still investigating the cause of the fire, with their search focused on an area where a burning shed was spotted on land owned by a religious sect.

Whatever the cause, the damage is irreversible.

Derek and Devon cannot repurchase many of the items lost to the fire. Gone are wedding photos saved on hard drives. Gone are treasured possessions from their fathers, both of whom died in 2021.

“We had pictures, mementos and things that remind us of them and the other people we don’t have around anymore,” Derek said. “Our daughter lost all her art projects that she’s so proud of. We had them tacked all over the playroom and she would show them to people.”

Devon’s sister, Severna Park resident Courtney Clarke, started a GoFundMe page to help them replace what they could. Within five days, the GoFundMe surpassed $36,000. By mid-January, that total was up to $50,000.

“It’s crazy the number of people who have shared it and don’t even know us,” said Clarke, who lives in Berrywood. “We’re absolutely blown away by the generosity of people.”

After the fire, the family moved in with Derek’s brother in Littleton, Colorado. Now they are staying in the house of a friend who lives in Boulder, closer to their former home.

With a 6-year-old daughter and 3-year-old son, they will navigate the hardships ahead.

“As adults, something like this is incredibly difficult,” Derek said. “I can’t imagine how a 3-year-old is comprehending this. Even our daughter is mourning the loss of her stuffed animals and art. We have talked about, ‘How do we manage this as parents? Are we handling it the right way?’

“We were lucky we didn’t have to rush to the car while smoke and fire were billowing out on the town, while we’re wondering, ‘Did we get the dog? Did we get this?’” he said. “We didn’t have to put our children through that trauma, but many families had to.”

The family’s dog was safe with Derek’s brother when the fire struck. Despite everything lost, they try to focus on the positives.

“We haven’t thought, ‘Why me?’” Derek said. “I don’t think we have had that sentiment. It’s a devastating loss. We have gone through so many emotions from devastating sadness to being overwhelmed with gratitude and appreciation for our community and friends in our lives and for people we’ve never met who have supported us.”

That gratitude keeps them going and gives them hope of building a new home in Superior.

“We moved to this community 8 or 9 years ago because it seemed like a pretty good place,” Derek said. “For us being here to raise our family, being integrated into the community, this has solidified our intent to stay in the place where we have made so many connections. We’re going to appreciate the moments and the place where we are. The outpouring of support gives us reassurance that this is the place we want to be.”

To learn more about the Drechsel family’s losses, visit GoFundMe. For more information on general donations to victims of the wildfire, go to www.boulderoem.com.